Several months ago, I wrote about mosaic knitting, talking about an idea for a scarf pattern that did not work. I promised that if I did complete a scarf based on that idea, that I would attempt to photograph it. So, here. 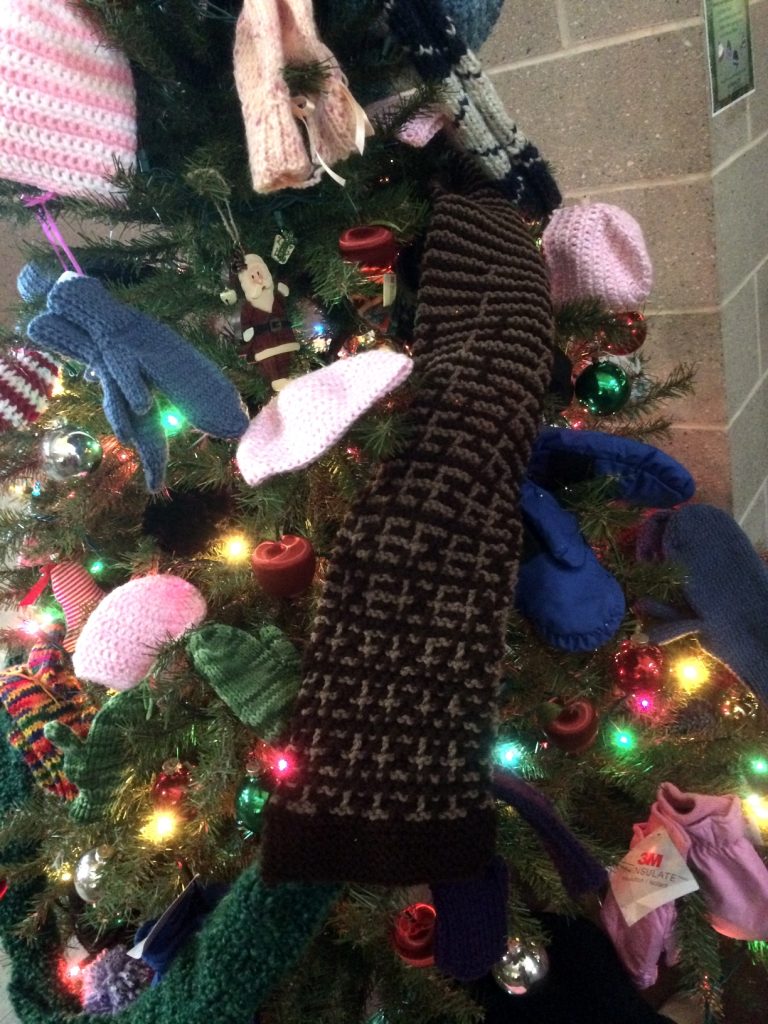 It’s the brown scarf, in case that isn’t clear. It has the plain stripes around the neck area, which then break up over the shoulders into the ever-more-complicated pattern. It’s supposed to be recognizably mathy, but I don’t know that it is. At any rate, it’s done, and while I may do another similar one at some point, I probably won’t attempt to photograph it.

It’s (perhaps obviously) draped around our Mitten Tree, put up annually by the library that employs me for donations to local shelters of gloves and hats and so forth. I don’t knit much, but most of what I do knit winds up there. In addition to the brown-striped scarf, this year’s scarves are the green scarf on the bottom and the blue-and-cream one you can see a bit of on the top. I already gave away one scarf that I made this year, too. I think that may be my entire output for the year, not counting the first attempt at mosaic knitting described back in March or the thing I started and then ripped out over the Thanksgiving weekend.