For the last week or so, Your Humble Blogger has taken to spending a few minutes a day on the Chronicling America site, perusing the headlines from 100 years ago. It’s interesting, and occasionally soothing. As bad as today’s headlines are, we have been through bad times before.

As I browsed through the front pages for the day, I was really intrigued by the headlines in the non-English dailies, of which there were many. And I made this collage: 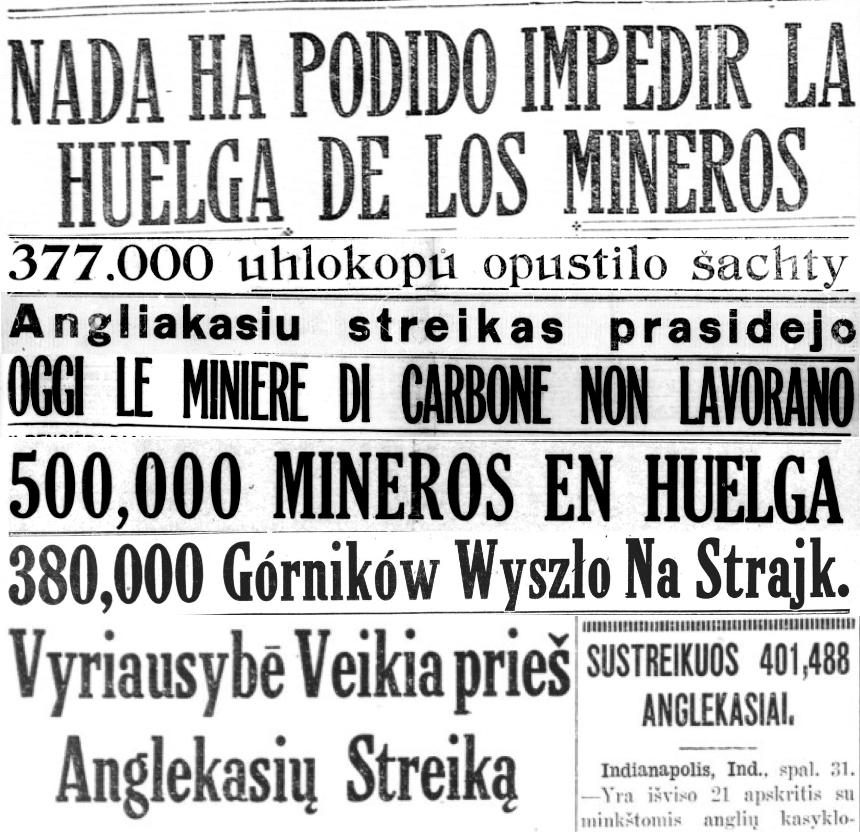 The headlines are all from 1 November 1919, of course, from the following newspapers:

I’m not making any particular point. I just think it’s an interesting world we live in, is all.