I had decided a few years ago to post pictures of stuff I knit, because (a) I’d kinda like the record of my stuff and this is as good a way as any to keep it, and (2) why the heck not.

Also—a lot of the knitting on the internet is incredibly good. Mine isn’t! Some of it is pretty good, but a lot of it is just fairly good. Or middling good. Which isn’t terrible! I like the idea of somebody looking at a thing I made and not being intimidated by it. I’m not a professional, and I’m not even a particularly avid hobbyist. Mostly, I make scarves in order to keep my hands busy during rehearsals or car rides or movies, and then I donate them to shelters because I figure people can always use scarves. I think I make pretty nice scarves, but they’re not generally things I that I want to show off.

Anyway, as I said, I had decided a few years ago that I would post pictures of the knitted stuff I finished, and then, as with so much of this Tohu Bohu, failed to fulfil my intentions. Phooey.

I bring it up now because I have just finished a scarf, and taken a picture, and I am going to post it. Here goes: 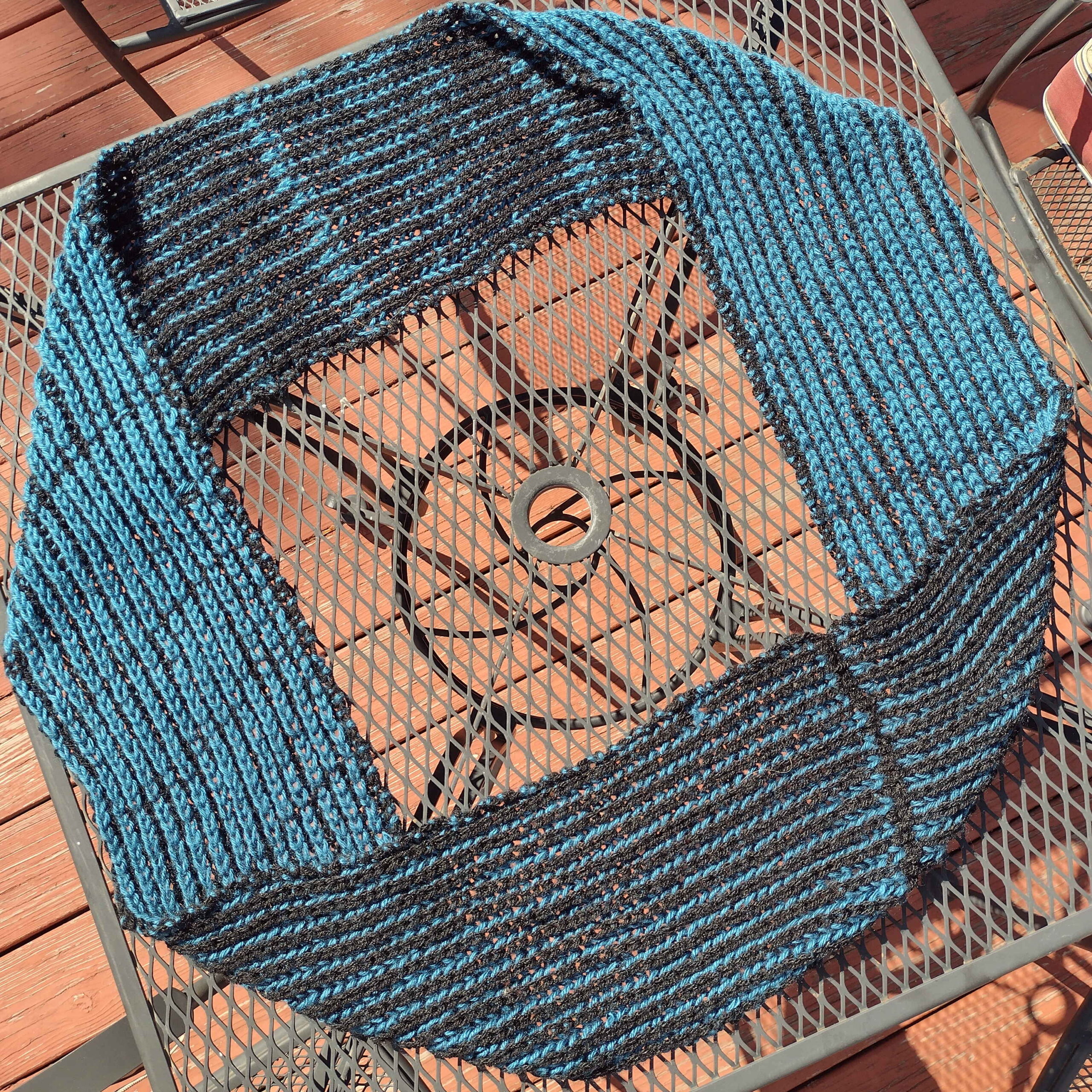 The thing about this scarf is that it’s well below my standards for a finished thing. It’s not terrible and it’s structurally sound (it’s not going to unravel if somebody tugs at it), but there are lots of visible errors and minor uglinesses. It was a new technique for me, and I learned a lot in doing it, and I may very well do another very similar scarf soon that won’t have as many problems. But this one is right on the edge of embarrassing. I mean, it’s fine, and the important thing you can’t tell from the picture is that it’s soft and warm.

I’ve been knitting for forty-five years, more or less, and I’m still learning stuff. So that’s all right.