So, a usage question:

The building in which I work has an entrance area that is open to the top of the building, three stories up. There are windows (mostly small) on that top level (along the lines of a clerestory) and a wood-panel ceiling. 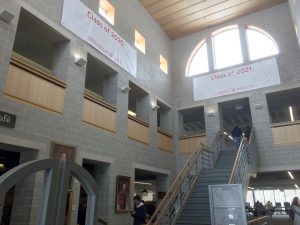 If someone referred to this area as the atrium, would you find that jarring? If it would, what makes this area not an atrium? Do you only use atrium for areas with skylights? Does an atrium need to be central to the building, rather than in the entrance?

I bring this up because the first few times someone called it an atrium, it definitely sounded wrong, but today someone referred to it as a rotunda and suddenly atrium doesn’t seem so far off.